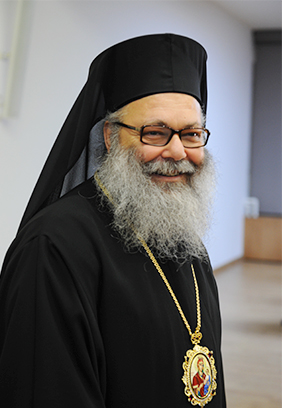 The Biography of His Beatitude Patriarch JOHN X, Patriarch of Antioch and all the East.

His Beatitude Patriarch JOHN X was born in 1955 in the city of Lattakia, Syria. He lived and studied in the city schools, and graduated from the University of Teshreen with a Bachelor in Civil Engineering. During his studies, he played an important role with the youth leading and teaching them Byzantine Music. As a young bellever in the Church, his work was fruitful since it led to the establishment of a Byzantine Music School and many spiritual youth programs. By the blessing of God, his work led to a great spiritual revival among his generation.

In 1978, he graduated from the St. John of Damascus Institute of Theology, University of Balamand, with a Bachelor in Theology. In 1983 he earned with High Honor his doctoral degree in Liturgics from the University of Thessaloniki, Greece. The tile of his Thesis published in Greek is: “The Service of Holy Baptism: An Historical, Theological, and Liturgical Study.” In 1981, and simultaneously with his doctoral studies, His Eminence successfully earned a Diploma in Byzantine Music issued by the Conservatory of Byzantine Music in Thessaloniki, Greece. His Eminence Metropolitan John Mansour of Lattakia ordained John Yazigi a deacon in 1979 and a priest in 1983, to serve in the Archdiocese of Lattakia.

In addition, he was appointed Abbot of St. George Al Humayrah Patriarchal Monastery, Syria, in the period of 1993- 2005 where His Eminence founded a monastic community and a school of ecclesiastic studies. His Eminence also became the Abbot of the Our Lady of Balamand Patriarchal Monastery, Lebanon, in the years 2001-2005. Presently, Patriarch John is the spiritual father of the Convent of our Lady of Blemmana in Tartous, Syria.

In 1995, the Holy Synod of Antioch elected him as the Bishop of Pyrgou, an area called in Arabic Wadi An-Nasara or Al-Hosn. He served the parishes there till 2008, when was elected Metropolitan of Western and Central Europe. In addition to his pastoral care in these parishes, His Eminence was involved in many worldwide activities at the ecumenical, Christian and especially Orthodox Christian spheres. Metropolitan John participated in many international conferences, namely in Greece, Italy, Switzerland, Cyprus, United States of America, Russia, and the United Kingdom. His Beatitude is the author of several books on Theology, education, music, and liturgy. He published a series on liturgical studies. He edited the liturgical books of the Orthodox Church in Arabic, and more specifically the liturgical books of the Archbishops, priests, deacons. In addition, he translated and wrote many articles, and gave many lectures in different universities, parishes and institutes.

TRANSLATIONS: • The life of Our Holy Righteous Mother Makrina, by St. Gregory of Nyssa, An-Nour Publications, 1984. • For Those Who Believe in Justification by Works, by St. Mark the Monk, in Chapters in Prayers and Spiritual Life, An-Nour, 1990. 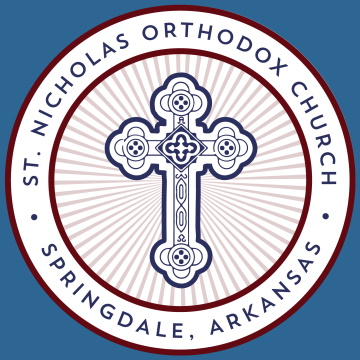